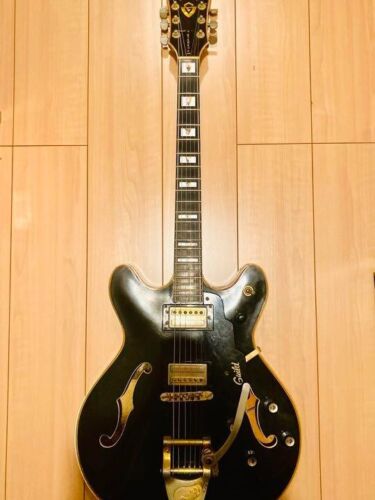 It will be a Guild Starfire VI made in 1969. Currently, a reissue version has been released, but the original model was produced from 1964 to 1979, and is equipped with a double-cut semi-follow body made of maple material and a guild original vibrato unit.